In the summer of 2010, I installed a Safari 3.6 gallon gas tank, to replace the 2.0 gallon stock tank, on my WR250R dual sport (not WR250F enduro) and decided to relocate the low fuel sensor on the fuel pump while I was in there. That way, the low fuel light doesn't come on half way through the tank.

Full instructions of the gas tank install are easily found elsewhere, so I won't go into that and will focus on a these few details that aren't as well documented. So here is what I ended up doing while the fuel pump was out. First I zip tied the relief valve baffle in place. This baffle redirects the unused fuel, pumped by the fuel pump, to splash down the fuel pump. This is important to cool the pump since it spends more time not being submerged in fuel, which cools it.

Then I wanted to move the fuel sensor lower as Greer and others have done. Most other folks popped the sensor (silver cylinder with black and yellow wire) out of it's clip then lowered it to a spot right below the clip, as far as the wire would reach.

Here is the sensor popped out of the clip. You can see the clip directly above the sensor. 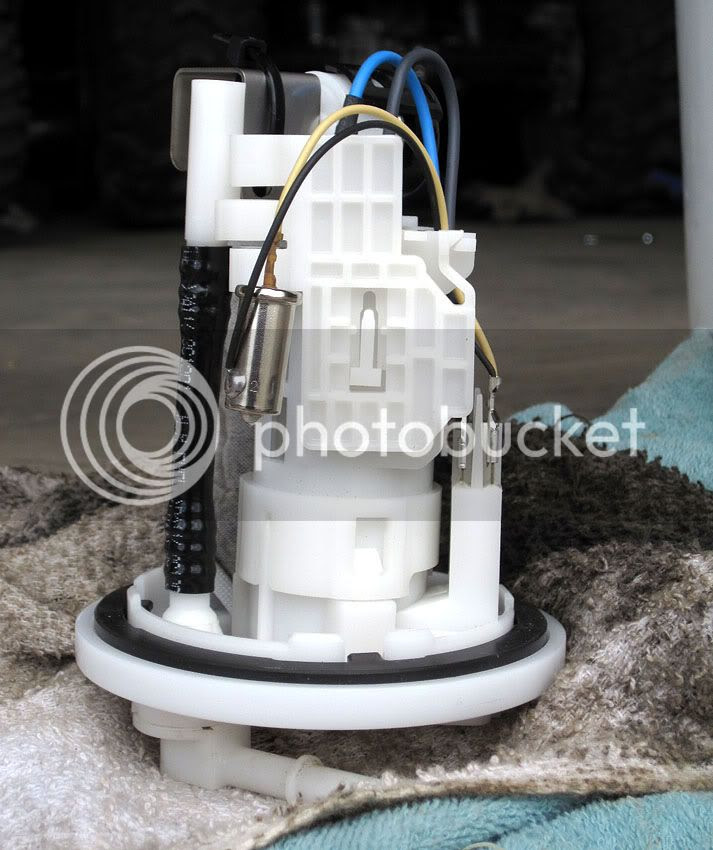 When deciding on where to relocate the low fuel sensor, I first determined where gas would NOT splash on it and possibly give a false "gas remaining" reading. The relief valve baffle splashes gas on the opposite side, so good there. The Safari secondary pump hose mounts almost all the way down, so little splash risk there. But then I noticed that the clip that holds the sensor is a big plate that is clipped onto the fuel pump. Since it would no longer hold the sensor and it made it more awkward to zip tie everything in place, I removed that bracket.

Here I've removed the bracket and am holding it to the left with a needlenose pliers. Compare with the first image to see where it was originally. 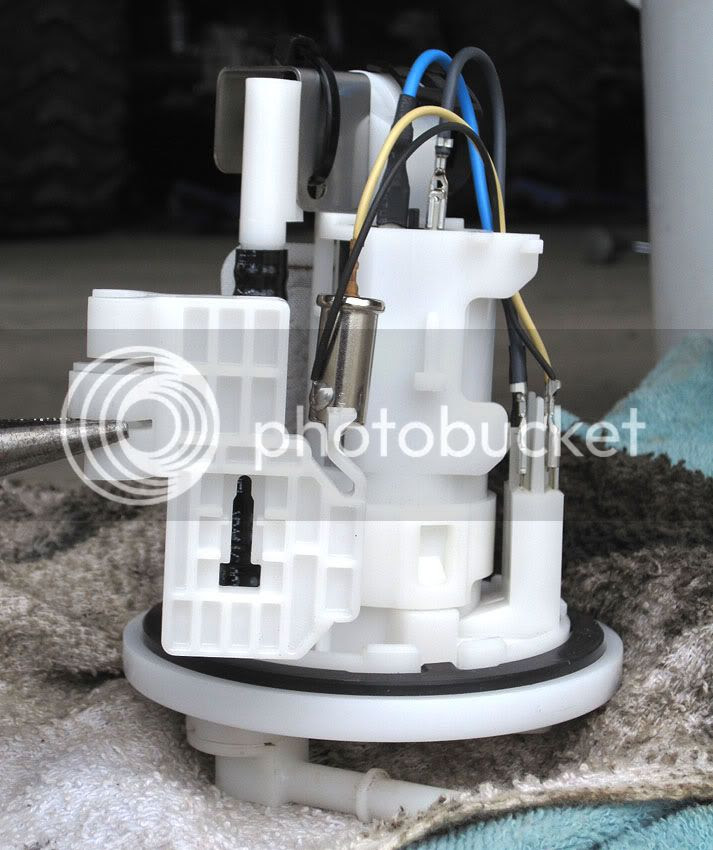 Now with the bracket removed, the upside down T-shaped protrusion (see above) seems like a good place for the top of the sendor to rest against. The bottom fit well along the rim of the ridge below.

Here, due to picture overexposure and loss of detail in the white pump plastic, it is hard to see what the sensor is resting against, but you can see the location and compare to the above picture. In this shot, I've not yet tightened the zip tie. I ended up using two zip ties, one of which also secured the secondary pumps tube on the other side of the pump. A third zip tie secured the bottom of the secondary pump tube. 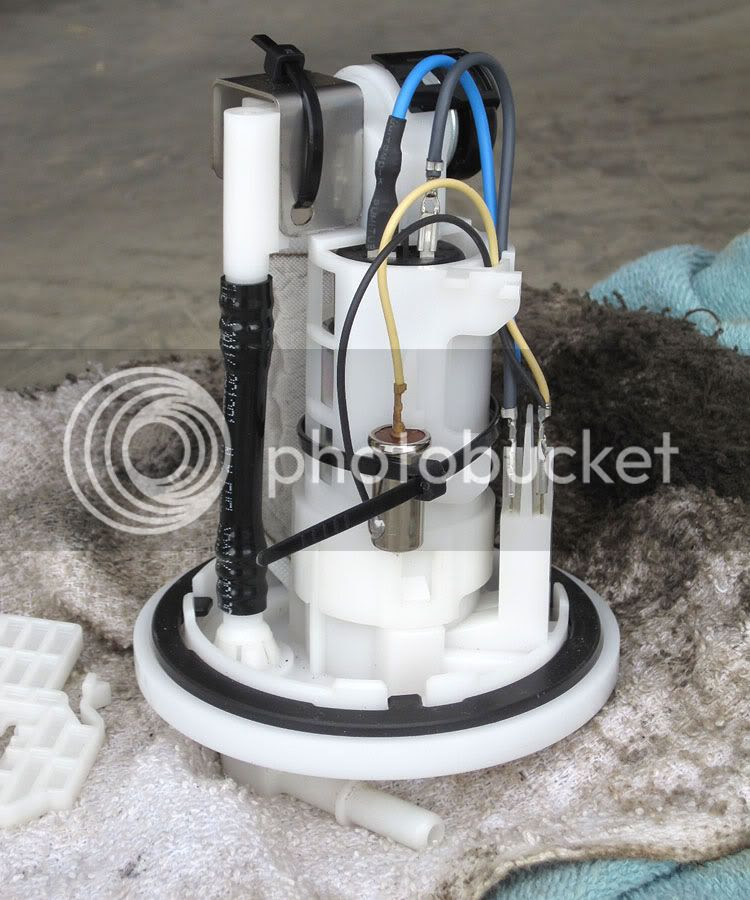 As mentioned in a previous post, I rode until the fuel light came on and then filled at a gas station around 4 miles later and fit 2.701 gallons (note that this was filling it up the bottom of the neck with the bike on it's sidestand but me pushing the bike so it stood a bit more upright. This was not with the bike standing upright and/or filling up into the neck of the fill neck. If I do that, I fit in closer to 2.8 gallons). So now the low fuel sensor comes on after using 2.8 gallons rather than 1.5 gallons. After using 2.8 gallons of my 3.6 gallon Safari tank, I have 0.8 gallons of reserve. Coincidentally, this is the point at which the primary fuel pump will no longer pic up fuel on it's own and relies on the secondary vacuum-driven fuel pump to deliver fuel to the primary fuel pump's dish.

On a day-to-day basis, I refill as soon as the low fuel light comes on just to baby the fuel pump and keep the fuel at more depth. When on a long ride or in the mountains, I don't hesitate to run it down to just a few tenths of a gallon. The secondary fuel pump reliably pulls fuel from the gas tank wings until the last drop is gone and the relief valve baffle does a good job of splashing the primary fuel pump with gas to assist in cooling.
Posted by MrChadx at 9:10 PM No comments: