Well, well. Would you looky here:

(click images to open a larger version in a new window). 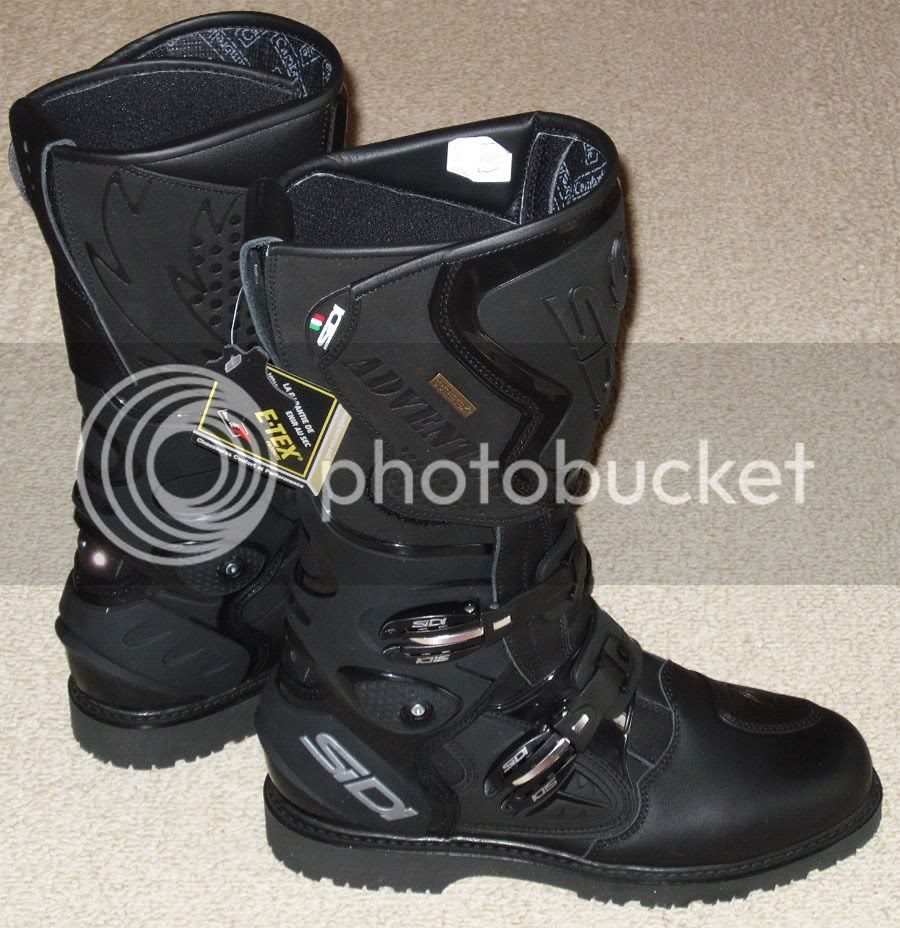 The astute among you will have noticed not only the Gore-tex paper tag, but the metal Gore-Tex badge affixed to each boots' upper. The Sidi Adventure boot was released in a non-Gore-Tex version in the U.S. much to the chagrin of many potential U.S. buyers. Reports have been that the water-resistant U.S. version is holding up good, but I wanted a true waterproof boot. So I unfurled my plan as we made our annual pilgrimage to Germany. 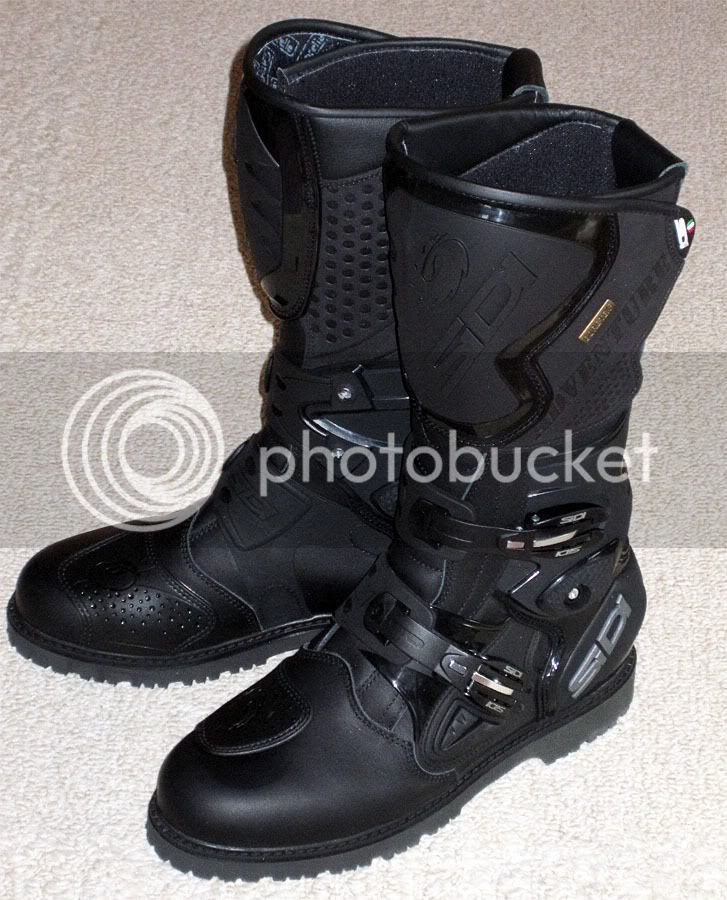 The details of the story: We returned from Germany (October, 2011) where we make a trip about once a year to visit some of my wife's family. I watched anxiously as the U.S. dollar lost value to the Euro over the last three months (The Euro went from $1.25 U.S. to $1.40 U.S. over that time period). That would not only make the boot more expensive for me, but the entire trip. But, was I going to let a little thing like a weak dollar stop me? Well, yes I was. But it all worked out. The exchange rate and MwSt tax (the German VAT tax) refund would play a roll on deciding if the Gore-Tex Adventure was to come home with me or I would settle for the U.S. rain-resistant version.

So I stopped at a motorcycle store chain called Louis there in Munich (informationally, a fellow forum poster looked into it and noted that www.louis.de won't ship to the U.S.). Hoping that the in-store price was the same as their online price of 309 Euro ($432 dollars, at the time), I stopped at a store. They had only two pair on the shelf;size 42 and 44. I needed a 43 since wear a 9.5 U.S. shoe/boot size. Well, they found a size 43 in back and it fit peeeerfect. Very true to size for me. Store prices include the MwSt tax of 19% and various businesses give you a discount up to that % depending on how much you spend. Some previous purchases of lower value had given me only about 10% back. How it works is you pay the full price including MwSt and then get refunded some or all of that (depending on what each business gives you) at the airport with the bill of sale. Then you must check-in the merchandise so they can ensure you are not going to walk back out of the airport with it and hand it to someone; dodging the VAT.

I decided that 309 Euro was fine by me even without the MwSt refund, so I checked out at the store. I ended up with a 42 Euro credit which I got back at the airport. That would bring the price down to 267 Euro or $373 U.S. dollars. With that, I paid $2 less than the asking price, in the U.S., for the U.S. non-Gore-Tex version. Life is good! I took some pictures of them because they will never be this clean again. I'll report back after putting some miles on them, but see no reason that my experiences will be different from others that have posted; comfortable, good protection, water proof...and loudly squeaky at the hinge! 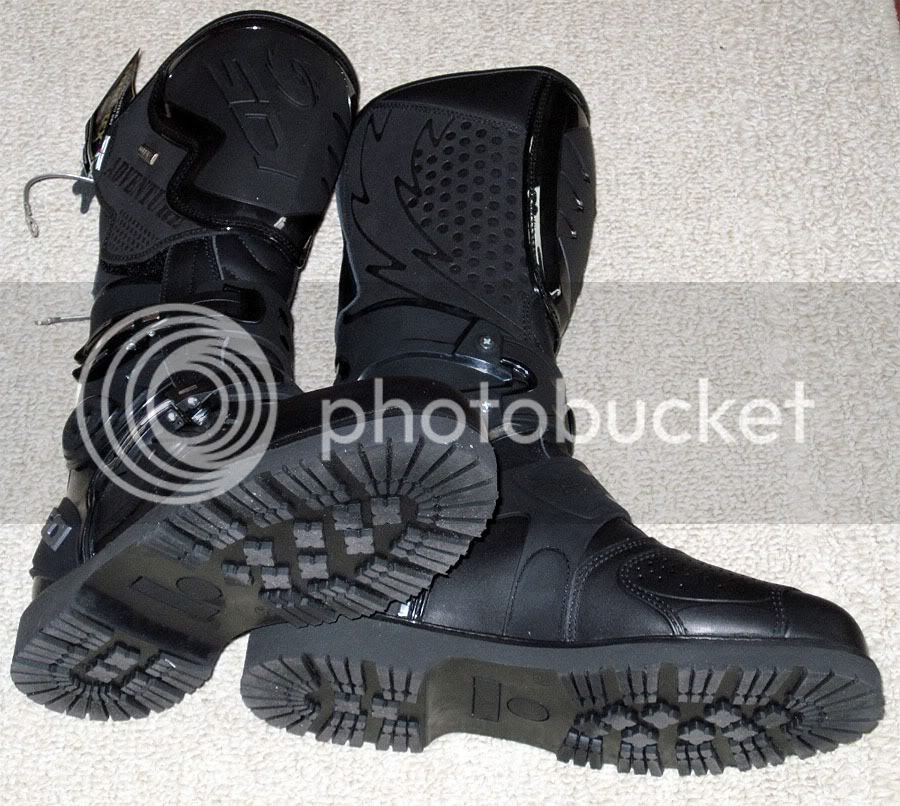 October, 2009 - Went for a quick ride up Hedges Mountain, in the Big Belt range, east of Helena, MT. Sounds impressive, but it's about 10 miles east of my house! Ha. The view looking west towards the Rocky Mountains and down on Canyon Ferry Lake (internationally known ice boating lake).